"We all live under the same sky,

but we don't all have the same horizon."

"Sure, the island is busier, and I'm the first one to fuss about the 'tourists and boat people' buying up all the bread and inflating the cost of living.  But then I look around and see that the people of Briland, as a whole, are far better off than they were 20 years ago, the beach and town looks cleaner than ever, there is a wonderful new health clinic, etc. etc. etc.  And as for this website ... you had to live through the hellish uncertainty following Hurricane Andrew to appreciate what 'being connected' meant after Floyd." 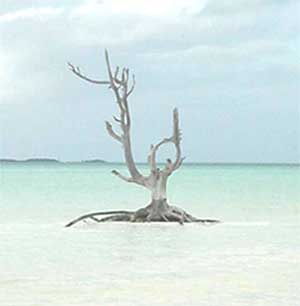 The Briland Modem is an online island news and information resource by and for Harbour Island and North Eleuthera , Bahamas. The Briland Modem located at www.briland.com is an online community portal for all local businesses, school and library outlets, historical and cultural resources, resorts, aviation and marine resources, fishing charters, travel information, and airline and ferry connection updates, and the message board is a popular online meeting room for Brilanders all over the world.

We Count On You

Program success will be based upon the development of community computer resources throughout Harbour Island, Eleuthera and the southern Out Islands of the Bahamas, which will enable all residents of the rural island communities to gain much needed and desired training and fluency in computer skills, enabling the population of North and South Eleuthera and islands beyond greater access to local professional career opportunities.

The Briland Modem Fund continues to solicit donations from private sources and grant programs to meet the needs of the computer literacy program.   Private donations have already enabled us to open the existing community computer centres, and donations of equipment and supplies from private donors are ongoing.

The Briland Modem Fund relies on corporate and community support of the center endeavour, and all such gifts are acknowledged with a receipt for tax purposes, as the Fund is a U.S.-based 501(c)(3) not-for-profit corporation.